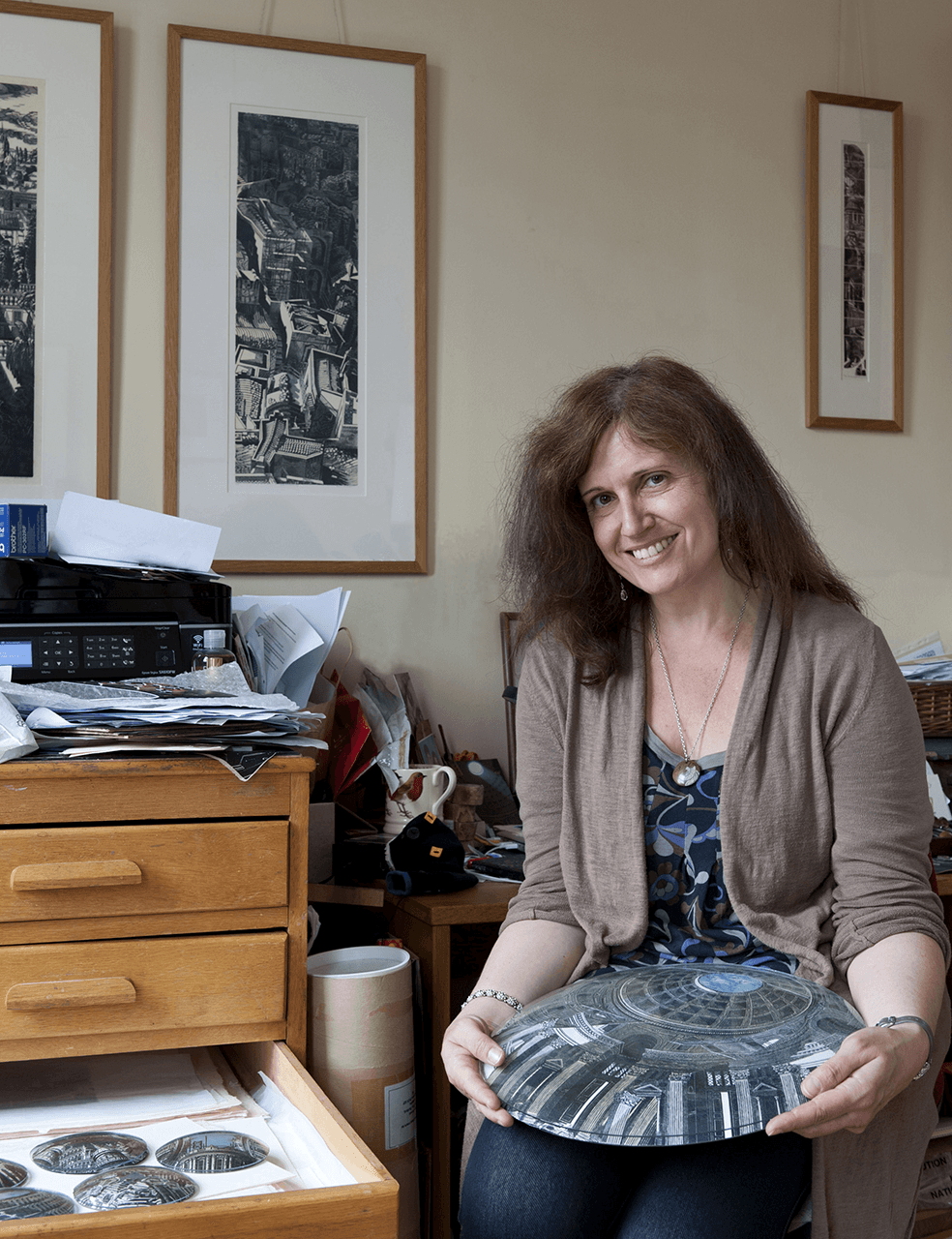 Anne Desmet was born in Liverpool, UK, in 1964. She gained a BA & MA at the Ruskin School of Art, Oxford University, and a Postgraduate Diploma in Printmaking at Central School of Art and Design, London, UK. She has taught wood engraving widely, inc. at the RA Schools, British Museum and Middlesex University and is a former External Examiner in Fine Art at Aberystwyth University and at Kingston College of Art. In 2011, Desmet was elected a member of the Royal Academy of Arts and is only the third wood engraver ever elected to the RA in its entire history. She is also a Fellow of the Royal Society of Painter-Printmakers (RE) and the Society of Wood Engravers (SWE). In 2018, she was elected an Honorary Fellow of Worcester College, Oxford.

Anne’s retrospective exhibition, Anne Desmet: Towers and Transformations, opened in 1998 at the Ashmolean Museum, Oxford, before touring the UK. In 2008, Manchester’s Whitworth Art Gallery launched a new retrospective: Anne Desmet – Urban Evolution, which toured until 2010. Her exhibition: Anne Desmet – Olympic Metamorphoses toured the UK from 2010-12. Desmet’s prints feature in selected solo and group shows worldwide. Since 1987 she has received over 40 national and international awards including (1989-90) a British School at Rome Scholarship in Printmaking. She has had 20 solo shows in London since 1990.

Anne is curator/author of Scene through Wood: A Century of Modern Wood Engraving, an Ashmolean Museum touring exhibition with fully illustrated catalogue (2020).

For more details about the artist, or to read through Anne Desmet’s CV in full, please get in touch via the contact page of this website.